The international profile of a mid-sized Bermudian law firm has been elevated by its nomination for a prestigious award.

Marshall Diel and Myers Ltd was among eight finalists for the Offshore Law Firm of the Year prize presented by the British legal publication, The Lawyer, and the only sole-jurisdiction firm to receive a nomination.

Multi-jurisdictional firm Ogier won the award, but the presence of two of the Bermudian firm’s directors, Katie Tornari and Ronald Myers, at last week’s awards ceremony in London attracted a lot of attention. They issued a joint statement, saying: “It was an incredibly proud moment for us to hear our firm being announced as a nominee among the larger offshore global firms and see our name and photos on the big screen.

“The fact we were the only single-jurisdiction firm to be nominated is an amazing recognition of the hard work and successes of our majority Bermudian legal team and the international nature of our work.

“It is also an acknowledgement of the high-profile work that our jurisdiction attracts. We were approached by many of the larger international firms on the night and congratulated for achieving the nomination. This nomination certainly has increased the recognition of Marshall Diel & Myers Ltd globally and has given us a stronger platform to continue to grow the next generation of Bermudian lawyers.”

Mark Diel, the firm’s managing director, said: “There is no question that being nominated alone was an incredible achievement for the firm. What it does point up is that small, single-jurisdictional firms such as ours can and do compete on a worldwide stage and do so effectively and efficiently.

“I think there can be no doubt this nomination has increased the recognition of this firm not only in Bermuda, but also in the United Kingdom and now in other ‘offshore’ jurisdictions.”

Marshall Diel and Myers has 15 lawyers and a total staff of 30, just three of whom are in Bermuda on work permits. In the past year, the firm’s lawyers have appeared before the Privy Council in London on behalf of the Corporation of Hamilton, as well as being involved in a multimillion-dollar liquidation matter, and high-profile judicial review applications.

Shortlists for The Lawyer Awards were decided by more than 60 judges from across the industry. 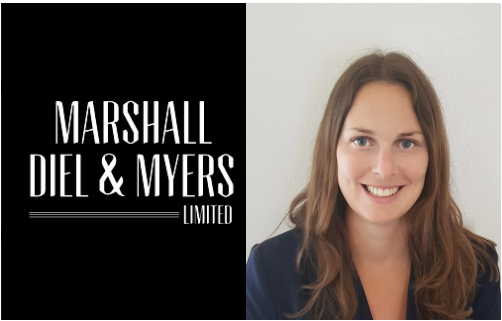