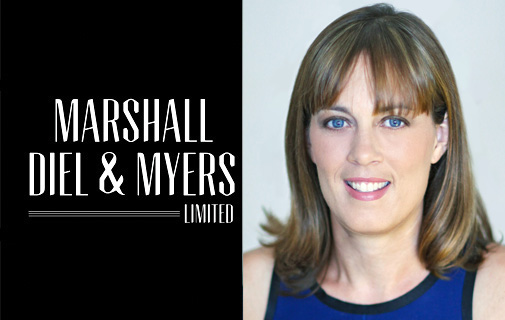 Myth #13 – Pre-nuptial agreements are not worth the paper that they are written on.

• Pre-nuptial agreements are only for wealthy people.

• Pre-nuptial agreements are designed only to protect the wealthier spouse and take away the other spouse’s legal entitlements.

• Pre-nuptial agreements are not romantic.

Although no one wants to start a conversation that contemplates the breakdown of a marriage before it begins, having a candid and open dialogue regarding how finances will be approached will ensure that there are no surprises after the marriage.

Whether you are Gwyneth and Chris or John and Jane, it makes good and practical sense to have discussions about issues such as finances, children, career plans and other major decisions before tying the knot in order to ensure that finances are handled with minimal conflict during the marriage and minimal expense in case of divorce.

Deciding whether or not to enter into a pre-nuptial agreement provides a method by which you can sit down with your fiancé and discuss these important issues before the wedding day.

It might even help solidify your union and ironically, make it less likely that you will ever need to rely on your pre-nuptial agreement.

Historically, the courts had held that pre-nuptial agreements were unenforceable as they were seen as being against public policy.

This view has changed over time and now pre-nuptial agreements are viewed as a circumstance of the case that the court will take into account when deciding an application for financial relief.

Although pre-nuptial agreements are not automatically legally binding as the parties cannot override the court’s discretion to decide how to redistribute their assets and income on divorce, the UK Supreme Court decision in Radmacher v Granatino (which is highly persuasive to the Bermuda courts) decisively changed the old view so that courts will uphold a pre-nuptial agreement that is freely entered into by both parties with a full appreciation of its implications unless in the circumstances prevailing it would not be fair to uphold the agreement. When the test set out in Radmacher is satisfied as summarized below, a pre-nuptial agreement can have a substantial impact on a judge’s decision and can be upheld in its entirety.

A. Agreement must be freely entered into.

Both parties must enter into the agreement of their own free will without any pressure from the other or from a third party.

They must be on equal footing and freely able to negotiate the terms. The agreement is unlikely to be upheld if there is any evidence of mistake, duress, undue influence, misrepresentation or unconscionable conduct, such as the exploitation of a dominant position to secure an unfair advantage.

Parties must negotiate the terms of the agreement as far in advance of the wedding date as possible. This will afford both parties sufficient time to consider the terms and receive legal advice, thereby eliminating last-minute pressure as the wedding day approaches.

The court will also take into account individual circumstances such as a party’s emotional state and other factors such as age, maturity and previous experience with long term relationships.

B.  Full appreciation of the implications of the agreement.

Both parties must be in possession of all the material information necessary to decide whether or not to sign the agreement.

They should each receive specialist family law advice from their own independent attorney.

Parties must each provide financial disclosure setting out their assets, income and potential assets.

An agreement can only be negotiated when both parties have a full picture of each other’s financial situation.

This disclosure should be included as a schedule to the agreement and any property that is not going to be subject to sharing must be clearly defined in the agreement.

C. It must be fair to hold the parties to the agreement in the circumstances prevailing.

Everyone wants to believe that their marriage will stand the test of time and the idea of making provision for what will happen should the marriage end in divorce seems very unromantic and pessimistic.

Sadly, given the common statistic that one in three marriages ends in divorce, there is nothing pessimistic about planning your financial future and there is nothing remotely romantic about spending considerable resources on legal fees in the future in order to resolve the division of assets upon divorce.

As the law currently stands, pre-nuptial agreements are good and binding if they are contractually valid and fundamentally fair by adhering to the safeguards set out above.

A good matrimonial lawyer can provide you with advice and guidance on approaching the issue of pre-nuptial agreements and assisting you in preparing such an agreement so that it has the best chance of being binding.

Rachael Barritt is a Director of Marshall Diel & Myers Limited and member of the Matrimonial and Family Team.