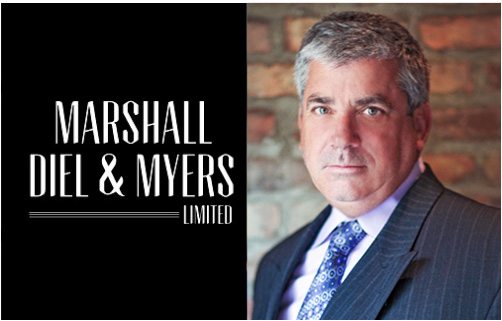 MYTH #15: An employee has no choice if an employer changes the terms of his employment.

“Bob” works for a company in Bermuda. As set out in his employment contract, his hours are supposed to be from 9am to 5pm five days a week. He is supposed to get a one hour lunch break. He should be paid overtime for any work beyond these times.

However, for the last month, his employer has been directing him to work through his lunch hour and often to have to come in on Saturdays as well. Imagine his surprise when he receives his pay cheque at the end of the month, and there is no provision for the overtime.

Bob asks his employer about his overtime pay and is told that due to the recession “that’s just the way it is” and that they expect him to continue to work the extra hours as part of his job. Bob feels like he can’t work for a company who treats employees this way and that is not following the employment contract. But what happens if Bob quits? Does he have to give notice? Does that disentitle him to severance?

The principle of constructive dismissal was developed to protect employees where an employer really wants to get rid of an employee (usually for prohibited reasons) and tries to make the job so miserable or unreasonable that the employee has no choice but to leave the position.

Essentially, instead of either terminating the employee and possibly dealing with a lawsuit for wrongful dismissal, or paying the employee their notice period amount, the employer acts in a passive-aggressive manner and makes the workplace intolerable so that anyone in the position would feel compelled to resign.

The principle has been defined both by the Employment Act and court cases on the issue. Generally speaking, it has been defined as actions taken by an employer that intentionally make working conditions for an employee difficult or unfair so that the employee feels forced to leave their job.

The notion comes from the concept that “An employer must not, without reasonable or proper cause, conduct himself in a manner calculated or likely to destroy or seriously damage the relationship of trust and confidence between the employer and the employee.”

Constructive dismissal can cover a wide variety of conduct and does not just cover situations where an employee is routinely harassed by their employer or treated so poorly that they feel like they can no longer work for their employer. In order for an employee to be able to assert this claim, the following must exist:-

(i) A variation in an employee’s working conditions;

(ii) That variation must be caused by or due to the employer;

(iii) The employer must have acted knowing that these conditions have been varied so that they amount to a breach of the contract of employment; and

(iv) They are such that the employee feels compelled to leave (or “quit”) his job.

Of course, there must be a reasonableness aspect to all of this and not every tiny breach will lead to an employee being able to quit and then claim constructive dismissal.

For example, simply moving an employee’s office from one place to another will probably not amount to a breach of a contract but it might where an employee is (for example) severely allergic to mildew and the room to which the employee is moved is very damp, causing the employee to experience a strong allergic reaction and the employer does nothing about it.

What should an employee do where he/she thinks there might be grounds for possible constructive dismissal?

As a starting point, it would be sensible for that employee to seek legal advice before doing something as rash (and possibly irreversible) as quitting.

Prior to quitting, it is advisable to speak to the employer about the situation as it is possible that the employer is unaware of the issue and may be able to take steps to remedy it.

By having the discussion, the employer will have been informed of the breach of contract and if he does nothing to fix it, this will assist the employee in making their case.  It is best for the employee to confirm the situation in writing whether by email or a note recording the events that have occurred and the fact that the employer is not willing to correct them.

Termination of one’s employment ought to be done carefully (with legal advice) and in writing, setting out clearly the reasons for doing so.  A lawyer can assist with this analysis and providing the grounds to the employer.  After resigning, the employee should start looking for another job as soon as possible. The employee cannot procrastinate and then try to seek relief for their months of unemployment.

Bob is entitled to treat himself as constructively dismissed because his employer was guilty of conduct that was a significant breach going to the root of the contract of employment.

In this case, he can show that his employer’s conduct was sufficiently serious to entitle him to leave at once without notice and is entitled to his severance payment.