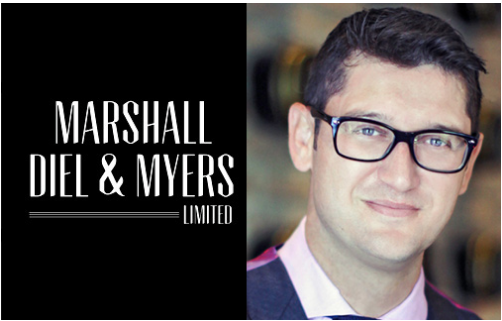 Myth #29: I can travel freely with my child following a separation or divorce.

The world is an increasingly small place with people travelling frequently for a variety of reasons such as short term leisure, study and work as well as long term or permanent relocation abroad. Bermuda is no exception. In fact, given the size and remote location of Bermuda, the need and desire to travel is often very great.

Given the transitory nature of Bermuda, it is common in my work as a family lawyer to encounter disputes between separated or divorced parents relating to the wish of one parent to travel with a child, whether it is for the purposes of a short holiday or for permanent residence abroad. The following considers the often difficult position relating to the permanent or long term removal of a child from Bermuda.

It is a common misconception that the parent who is the primary carer can simply leave Bermuda with the child once the relationship between the parents breaks down. In most situations, the parent wishing to leave with the child will either need the other parent’s consent or a court order before they can remove the child from Bermuda and set up life in a new country.

This is because in the majority of cases, parents share custody of the child and will therefore be entitled to a say on major decisions in that child’s life. There are few weightier decisions to make in a child’s life than which country the child should live in and therefore, both parents must agree with the plans, failing which, the parent wishing to leave must make an application to the court for permission to remove the child from Bermuda.

In order to reduce the risk of abduction in these circumstances, there are numerous pieces of legislation in place to protect children. For example, in divorce proceedings, upon the grant of a Decree Nisi, the Court will impose travel restrictions preventing the removal of any child of the marriage from Bermuda without the consent of the other parent or permission of the Court. The restrictions also prevent the Department of Immigration from issuing a passport or other travel document for that child without the consent of the other parent or a further order of the Court.

In addition, both the Children Act 1998 and the Minors Act 1950 have provisions by which a parent may apply to the Court for an order preventing the removal of a child from Bermuda. Such applications are often made on an urgent basis where the applicant parent has reasonable cause to believe that the child is about to be removed from Bermuda.

Disputes as to which parent a child should live with following separation are often emotionally fraught but in circumstances where one parent wishes to remove the child from Bermuda permanently the level of emotions increases significantly. When dealing with any disputes relating to children it is always best to attempt to reach an amicable agreement for the sake of harmonious co-parenting. In such circumstances mediation is often a very helpful form of dispute resolution. However, cases involving an application to remove a child from Bermuda permanently can be difficult to resolve as there appears to be little middle ground — one parent wants the child to stay whilst the other parent wants to leave with the child.

Nonetheless, with the help of an experienced family attorney and sensible forward planning which takes into account the preservation of the relationship between the staying parent and the child, a compromise can be reached. It is helpful if the parent who wishes to leave is open and honest as to their plans from the outset. They should set out their reasons for wanting to leave and provide comprehensive details of their plans for themselves and the child in the new country.

The parent wishing to leave should make appropriate provisional arrangements for schooling and for housing so that the parent remaining can be satisfied that the child’s needs will be met. Most importantly however, the parent who wishes to leave with the child should give real thought to how the relationship between the child and the staying parent can be maintained and fostered in a meaningful manner despite the distance. A staying parent, who sees that the proposed move is well planned, is being made for good reasons, has taken into account the interests of the child and is not aimed at restricting the relationship between the staying parent and the child is more likely to give favourable consideration to a move and to allowing the child to leave.

Whether you are the staying parent or the leaving parent, your lawyer can help you prepare a comprehensive plan which will set out in detail the arrangements for an ongoing relationship between the child and the staying parent including terms of access. Depending on the age of the child and the location of the new home, in today’s technological world varied access arrangements can be put in place and can include Skype calls, e-mail exchanges, telephone contact as well as physical visits between the child and the staying parent. In this increasingly small world, with improved transport and communication means, a carefully drafted Order, whether reached by agreement or imposed by the Court, can allow the child’s relationship with both parents to flourish notwithstanding geographical distance.

If an agreement cannot be reached, then an application must be made to the Court with the ultimate decision determining whether the relocation plans are in the child’s best interest being made by the Judge.

The travel restrictions and prohibitions imposed by law or ordered by the Court may seem frustrating and overly restrictive, but they are the safeguards put in place to ensure that the status quo between custodial parents is maintained until they are able to reach an agreement as to the removal of their child from Bermuda or until the Court makes its determination on an application for permission to remove the child from Bermuda. Without the consent of the staying parent or an order of the Court, a child under the age of 18 years cannot be unilaterally removed from Bermuda.

Adam Richards is a director of Marshall Diel & Myers Limited and Member of the Matrimonial and Family Team.