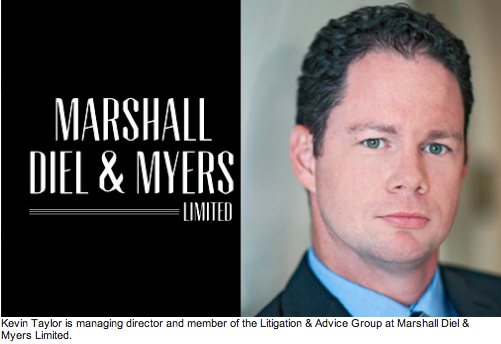 Myth #5 – The wheels of justice are always slow to turn.

You arrive home from work to discover that your neighbour has hired someone to erect a stone wall between your respective properties.

It is obvious to you that the intended path of the wall is actually inside your boundary. Not only that, but if fully constructed the wall will cut off access to your driveway such that you will not be able to park your car and emergency vehicles won’t have access.

After you speak to the neighbour, he tells you that he is not moving the wall and if your driveway is blocked, “that’s too bad”.

You know that you need the help of a lawyer and perhaps the courts to deal with the situation, but while you are getting legal assistance, the wall will be built and it will be too late, right?

Fortunately, there is a tool available which allows you to quickly deal with the situation — the interim injunction. An injunction is an order made by the court designed to preserve the status quo pending trial of the main issue in dispute.

In urgent cases, Supreme Court judges are usually available on very short notice, often the same day, to hear an application for an injunction.

In the fact scenario referred to, you would request the court make an interim injunction that your neighbour ceases work on the wall until such time as the dispute about the location of the boundary is resolved.

In order to persuade the court that an injunction is appropriate in any given case, the person (the claimant) seeking the injunction must meet four general requirements:

1. Show the court that there is a “serious issue to be tried”.  The person must submit evidence that the underlying dispute, is a “real” dispute, recognized in law on the facts of the case.

2. Convince the court that a monetary award in damages would not provide adequate compensation. For example, in the boundary case, money would not fully compensate you, as you would still not be able to access your property by car and, perhaps more importantly, emergency vehicles would be blocked as well.

3. Demonstrate to the court that the “balance of convenience” between the parties suggests the injunction should be ordered.  In considering this element of the test, the court will consider all of the evidence presented and determine whether it is appropriate to grant the injunction.

Applications for interim injunctions should be made as soon as possible.  Courts will often refuse to grant injunctions in situations where there has been delay in making the application.

You can access the courts on very short notice to deal with urgent matters.

If waiting even a day or two may seriously affect your rights, seek the assistance of an attorney and use the interim injunction as a tool to safeguard your rights prior to trial. You don’t have to wait!

This article has been written by Kevin Taylor, managing director and member of the Litigation & Advice Group. Mr Taylor may be contacted either via e-mail at kevin.taylor@law.bm or phone at  295-7105.  This column is for general guidance only. It should not be used as a substitute for professional legal advice. Before proceeding with any matters discussed here, persons are advised to consult with a lawyer.